Minister TEATT Connor Meets with American Airlines, Delta and JetBlue regarding Airlift to the Country 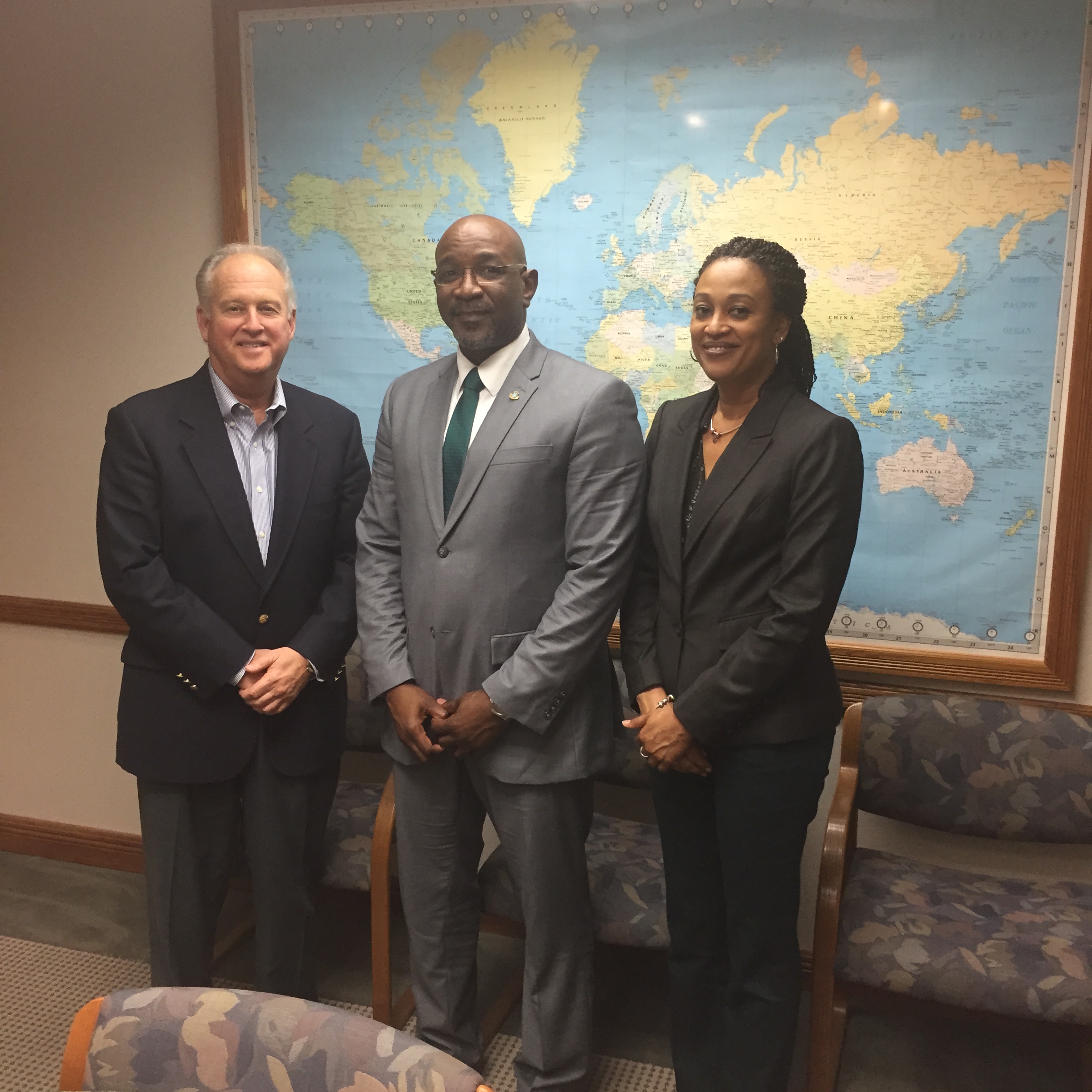 Minister Connor stated that it was very important to understand the areas of business development, and how all stakeholders could further maximize on opportunities. The Minister pointed out that the country is very busy during the high season (November to May) and the objective now is to stimulate more business during the off season (June to October).

“The airlines are willing to adjust schedules to accommodate business. They can change an aircraft on short notice as well. These are a plus for the destination. You may have groups that would like to hold an event and also those who organize conferences during the off season, and if the airlines are willing to accommodate the additional travelers, this is where we all have to come together including the hotel sector and promote event/conference business that would benefit all in the long-run,” Minister Hon. Claret Connor pointed out.

Minister Connor first met with Gary Alfson the Director of Marketing Development for Mexico/Caribbean and Latin America Division of American Airlines. The meeting was mainly an introductory one aimed at fostering closer ties with those stakeholders responsible for transporting a large number of the visitors that frequent the destination.

Accordingly, the discussion was very informative and insightful. Alfson explained some of the challenges American Airlines are facing pertaining to the cost structure and congestion for the island. While the JFK (John F. Kennedy) service is seasonal due to various challenges, the Miami flight is holding its own thus far. It is the intention to have more follow-up meetings with American Airlines representatives in Dallas, the Headquarters to ensure continued service to Sint Maarten, as well to discuss potential marketing strategies to further stimulate travel to the destination. American Airlines has a long standing relationship with Sint Maarten providing service to this destination for some 30 plus years. 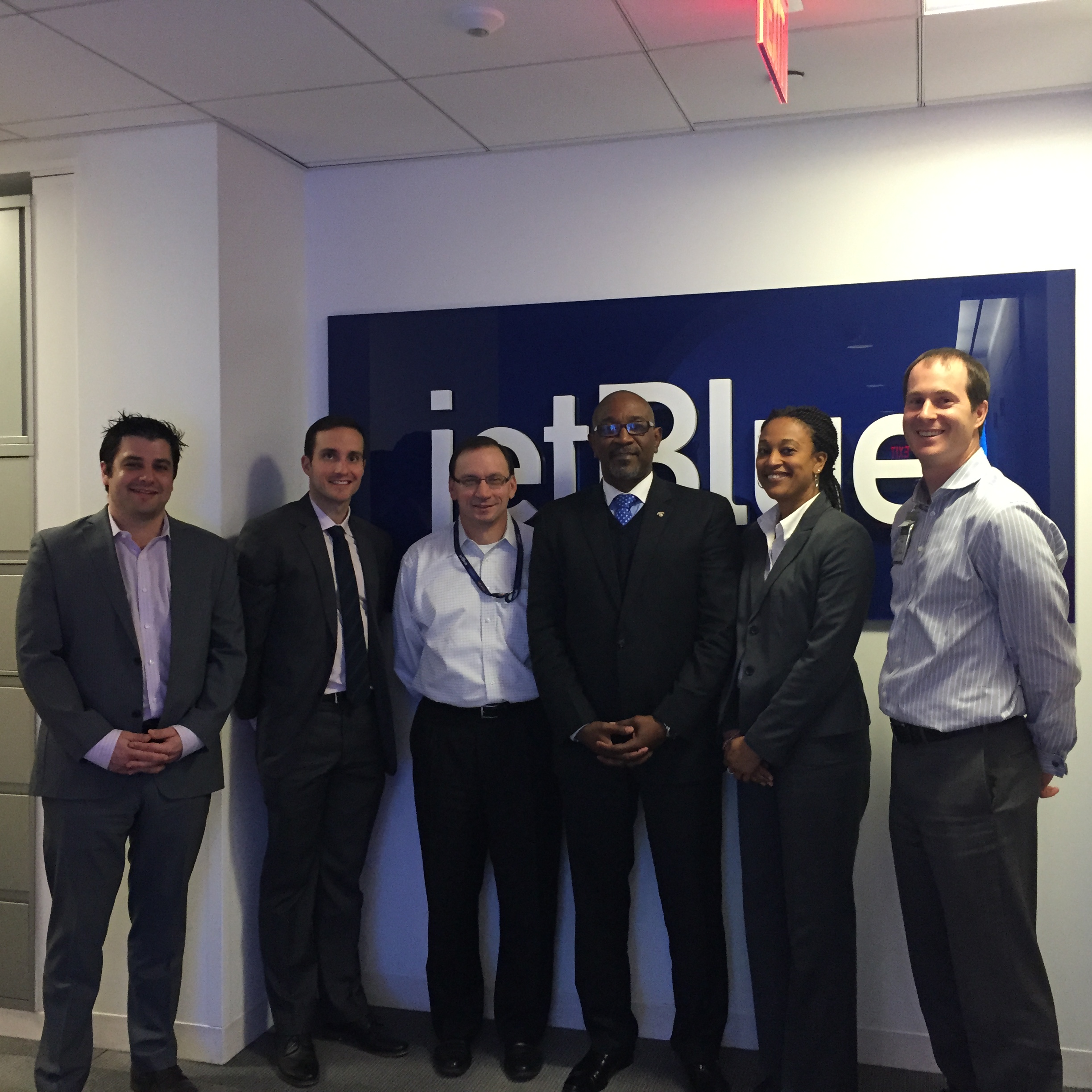 Minister Connor also traveled to New York to attend the Economic Commission for Latin America and the Caribbean (ECLAC) meeting at the United Nations Building, and used this opportunity to meet with Jet Blue officials on March 19. In this meeting he discussed ways of strengthening the current partnership. To this end, the Minister will be looking at ways and means of developing strategic marketing actions that would be mutually beneficial, going forward.

Puerto Rico has the urgent attention of both parties as it is not performing as anticipated. The Jet Blue representatives and Minister Connor discussed this service extensively and plan to develop a strategic plan of action to stimulate growth and awareness from this market to Sint Maarten.

“Jet Blue continues to expand its services to the Caribbean and we need to ensure that we are a part of this expansion process from the onset,” said Minister Hon. Claret Conner. He further added, that Sint Maarten is also on Jet Blue’s radar for added service from the Southern Region of the United States.

Minister Connor and his team also traveled to Atlanta, Georgia to pay a courtesy visit to Delta Airlines, Delta Vacations & MLT Vacation on March 24. The airline currently provides direct service from Atlanta to Sint Maarten four times weekly, as well as direct service from New York four times weekly. During the winter season, the Delta service is weekly, but reduced during the summer months due to the load factors.

Atlanta visitor arrivals are reasonably strong, as well as those out of Minneapolis, based on the information shared in the meeting with the Delta officials. However, the island will still have to be more visible in these areas to further stimulate the awareness of the destination.

“It is imperative that we stay in touch with these partners on a regular basis to ensure that we are always aware of changes in their operations that could affect this destination in one way or another”, said Minister Hon. Claret Conner concluded. 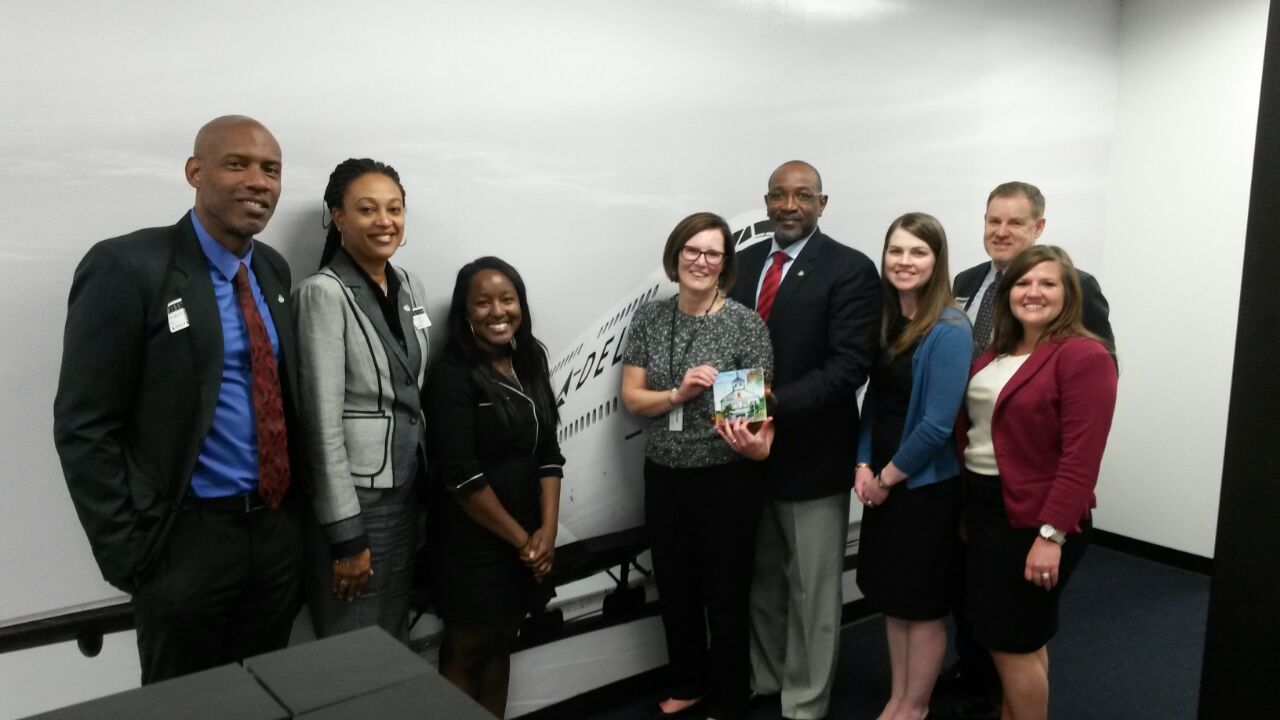 Latest posts by (see all)