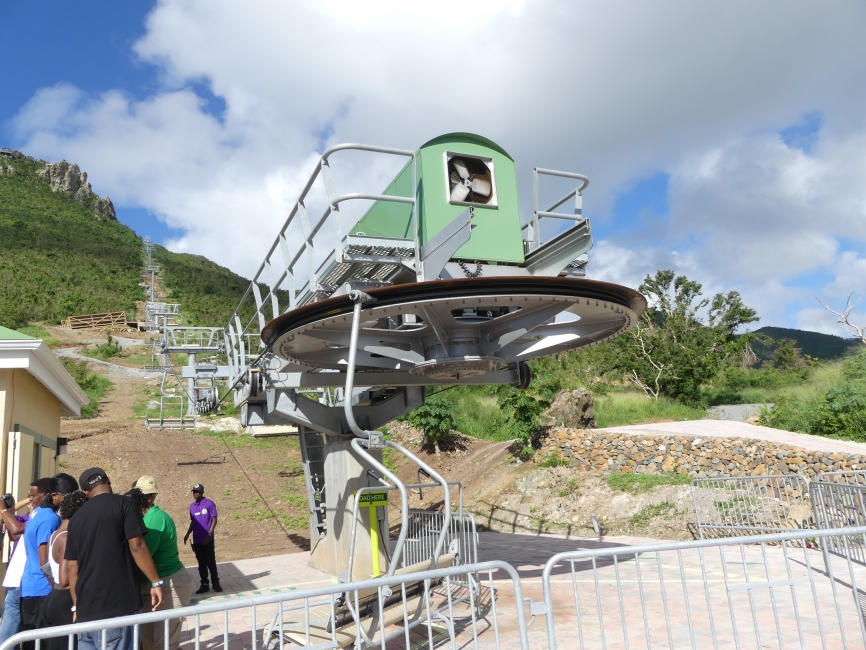 PHILIPSBURG – Hurricane Irma put the Rainforest Adventure Park to the test in September of last year but the project withstood the monster storm perfectly even though the wind speeds at the top of Sentry Hill must have been out of this world.

Irma hit St. Maarten with sustained wind speeds of 185 miles (298 kilometers) per hour with higher gusts reaching 225 miles (362  kilometers). Rainforest’s chief engineer John Dalton says that sustained wind speeds of 200 miles per hour were the minimum design specification for the cable lift that leads from Rockland Estate up to the top of Sentry Hill. “The design took higher wind gusts into consideration.  I believe that is approximately what we saw at the top of Sentry Hill so Irma took things right to the edge of the design envelope.”

That the installation survived Irma’s onslaught is not only due to its design; hurricane preparedness also played an important role. Dalton: “We removed all the chairs from the chairlifts and strapped them down, leaving the cables on the towers. We also dropped the zip line cables into the bush and tied them off so they could not get loose. We double barred the hurricane shutters on all the new buildings and put lots of weight on the loose containers.”

Dalton notes that the park was designed to withstand an event like Hurricane Irma. Nevertheless, he says: “We were quite relieved that there was not more damage as things went more or less as planned. The best move we made was to really clean up so there was a minimum of flying debris.”

The hurricane also put the company’s bottom line to the test. After the storm, cruise ships avoided St. Maarten for a while and that put a damper on the number of visitors to the attraction park. Local visitors partially saved the day: The attraction was built for tourists and locals alike and it is the high level of local visitation, even at our guilder=dollar local rate, that has allowed us to get a marginal foothold and keep our employees paid,” Dalton says. “However, as with most businesses, the effect of the hurricane has been negative. We have worked with our partners and lenders to adapt the structure of the project to the current realities of the market.”

Rainforest Adventures had so far proven to be a blessing for the local labor market. Dalton says that the company currently employs sixty people. “We expect the payroll to hopefully increase with business. There are only two foreign employees at the park who are top specialists in their fields.”

The search for a site and the discussions with the government go back to 2009. Rockland Estate quickly stood out, Dalton says. “We were so impressed with the amazing views fro the property, its historical and natural significance and the opportunity to bring a unique destination-defining attraction to St. Maarten that we focused a lot of our organization’s resources on pursuing what we feel is today one of the best attractions in the Caribbean.”

Dalton notes that Rainforest has developed a good working relationship with the government. “We collaborated closely with the government to define the project’s different components and share our planning program. Once they had a firm understanding of the challenges and benefits they took the decision to issue permits. The process took somewhat longer than expected but we are happy to have developed a good working relationship with the government and the community. It is our hope that this investment will serve as an example of the potential in St. Maarten and at the same time help refresh the local tourism product.”

For a more in-depth look at the technical challenges Dalton’s team had to overcome with the design and construction of the Rainforest Adventure park go to: https://skytraclifts.com/john-daltons-lifted-life-in-the-caribbean/ 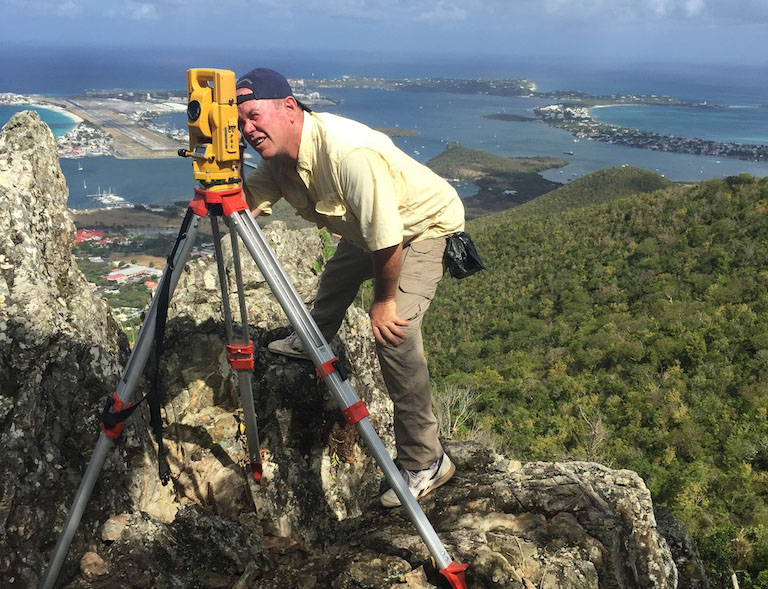