Is it Dollars or Nothing for St. Maarten?

As it seems, many are sitting on the fence as it relates to dollarizing the St. Maarten economy. The Social Economic Council (SER) has taken a strong position calling for “immediate steps” to be taken for an orderly transition to the circulation of the United States Dollar (USD) as the official currency in St. Maarten. The Dutch Caribbean Country St. Maarten currently uses the Netherlands Antilles Guilder (ANG) as its official currency.

The reluctance in some sectors in the community to take an active stance baffles outsiders, who ask why the business community isn’t demanding this change. Even after SER released their follow-up advice on dollarization there is still deafening silence from in the country.

The SER advice, published on November 22nd, 2013, in the National Gazette, also urges government to take measures to avoid any negative price effects on consumer goods from the elimination of the Netherlands Antilles guilder.

From the point of view of risk aversion, SER emphasized that a well-prepared and organized move to dollarization “will probably take at least a full year.”

Government also has to “accept compliance” with fiscal rules and benchmarks. Those include rules and benchmarks implemented by the Committee for Financial Supervision CFT and measures to compensate for the loss of seigniorage and licence fee revenues. Government must find ways for the maintenance of sufficient reserves in the event of external shocks as this is among the central concerns in the new dollarized situation.

In the CBCS report, “Is Dollarization the Right Approach?” the banks makes the case for dollarization. The report concludes, “Dollarization is a viable alternative monetary system for Curaçao and St. Maarten, as it eliminates the balance of payments risk. Hence in our case, dollarization is not a prescription for inflation but a measure to protectus from perils and promote sound and sustainable economic growth.”

Conventional wisdom is that countries dollarize to restore monetary stability and to impose fiscal discipline. However, the lessons learnt from the 2008 great recession have served to drive home the fact that St. Maarten and Curaçao are susceptible to other kinds of risks including balance of payments risk and supervisory risks, according to Central Bank President, Emsley Tromp.

Now the onus is on St. Maarten authorities to get the ball rolling, but some support from the wider community will definitely help fuel the dollarization movement. 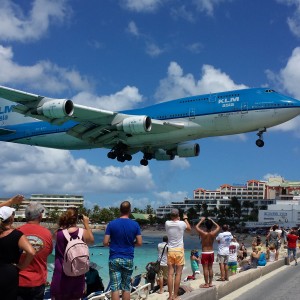 Talking to businesspersons in St. Maarten you initially get the complaint mode that most of everything is bad. But delve a little deeper and you will uncover a complex explanation that leaves any newcomers wondering what makes St. Maarten the place “to be”.

The majority of the country’s well oiled businesses are making money and this can be attributed to the fact that there is a sense of global recovery. This year’s “slow season” is being described as better than last year’s…a good sign for the layman trying to gauge if St. Maarten is in recovery mode.

This “good sign” brings high hopes for the people of St. Maarten even as speculations swirl and a congregation of businesspersons debate the impact the American government shutdown and the debacle over the raising of the US debt ceiling.

As the Friendly Island’s economic engine picks up pace and speeds into our “high season” optimism is high; mainly due to the fact that most of our visitors have already booked their vacations.

Government has finally passed a workable budget adding another layer of good spenders to strengthen economic growth. This development is making savvy political observers breathe a lot easier with the knowledge that by averting possible austerity measures, which was more than likely if the Dutch were forced to balance St. Maarten’s budget, the country is continuing to climb the “growth hill”. And of course now this means that money should be available.

So as we meander into the coming New Year our next big challenge is passing that long overdue 2014 budget. 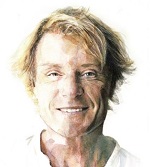 I would like to ask why you are here, but if you are on this webpage reading this opinion piece, you are interested in investing in St. Maarten.

As with any investment anywhere else in the world, there are a number of elements you have to look at when assessing a potential investment in St. Maarten and these are:

In this article, let me talk about Risk.

If you are aware of an investment opportunity or deal on St. Maarten, I would definitely recommend you first come to St. Maarten to see the project firsthand. You can reserve a flight to St. Maarten on AirStMaarten. Click here to book online.

When you are on St. Maarten, the key is to identify the areas that could cause problems and be of potential risk to your investment. In the majority of investment opportunities the potential for problems are:

If you are dealing with an existing project that is already productive and generating revenues, then there is historical data you can look at. Again, I would recommend hiring a local firm to do the necessary due diligence for you.

C. You have to be able to determine if the assumptions regarding the investment projections presented are reasonable and viable. Personally, I like to look at the cash flow projections.

D. Next, depending on the type of investment opportunity you are looking at, you have to access the operational or maintenance side of the project. Is there management in place? If it is an existing project, you will have to review the investment opportunity in terms of feasibility, production, output and operational costs. You will have to identify any opportunities to enhance production or to identify risks associated with the management or operating company. One area I like to look at, is to know if they are properly capitalized.

One recent example was brought to my attention by a client who contacted me with the urgent need to find a new place to rent. He was subleasing the previous place of business and the lessee he was subleasing from was collecting the rent monies from him but not paying the landlord the rent money owed. He was evicted. So you got to know if they have enough cash in the bank to pay their bills. Or in this case, pay the landlord.

E. Finally, if you are investing in a project under development by a developer, you have to assess whether they have the ability to live up to their obligations and deliver on their promises. This can be resolved contractually by identifying the risk potentials and making agreements to opt-out clauses. There are a number of unfinished development projects on St. Maarten and that is not good for the island’s investment reputation. But in general the investment climate on St. Maarten is just as great as the weather with sea, sun and sand to enjoy all year round.

How can Anykey Services N.V. help you?

If you are considering an investment opportunity or deal, we do the following for you:

This is a very brief outline, but it gives you a sense of the way we try to help you mitigate the risks when considering investing or doing business in St. Maarten. That being said, investment opportunities, deals or businesses you may get involved in St. Maarten may provide above average returns and that means that the return is higher than, say Government bonds, therefore, inherently the risk is higher.

This article is based on information taken from the upcoming book “Living, Working & Doing Business In St. Maarten” by Terrance Rey.

(*) There are a number of tax-exempt business structures and private foundations on St. Maarten you can use as an investment vehicle.